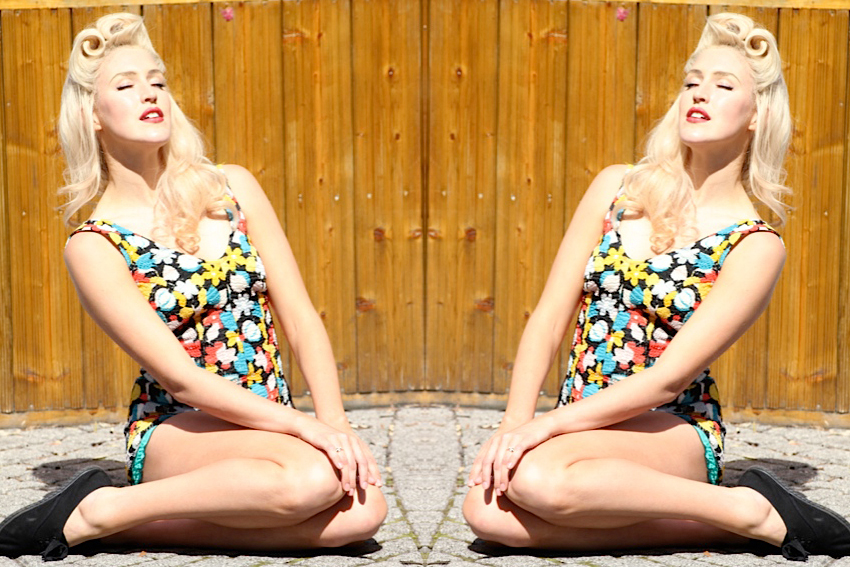 Dear Lido is a playful performance based on the splendour of the much-loved outdoor public pool. Dear Lido celebrates the past and present histories of British swimming culture. The piece brings together visually beautiful moments overlaid with a sense of nostalgia and escapism.

“Lidos were originally built as an inner city oasis’ providing entertainment, fitness and escape. There are currently 300 functioning Lidos, and over 700 disused. When I first visited a Lido it presented a natural theatre – the swimmers, the bathers, the life-guards and cafe attendants, it was full of life and bursting with theatricality. Each Lido is different in its architecture, has a unique history and brings about a totally different set of stories. I was inspired by this and knew I could create theatrical spectacles related to each Lido and its community – it’s exciting as each show is  totally unique.” Rosie Whitney-Fish
Dear Lido has toured to 42 national outdoor and indoor venues bringing the allure, glamour and tradition of this bye-gone era.

In 2013 supported by Basingstoke and Deane Council Dear Lido produced a promenade piece with young people and professional performers which paraded to the Lido!Basingstoke